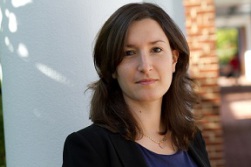 Béatrice Boulu-Reshef and Nina Rapoport "Voluntary contributions in cascades: The tragedy of ill-informed leadership" (under review)

Voluntary contributions are often solicited in sequential and public settings where information on the quality of the fundraising project unfolds with the sequence of decisions. This paper examines how the different sources of information available to potential donors in such settings influence their decision-making. Contrary to most of the leadership literature, neither leaders nor followers in these settings have certainty about the quality of the fundraising project. We explore whether leaders remain influential, the extent to which they use their influence strategically, and the consequences on followers when leaders are misinformed. We combine an information cascade method with a modified public goods game to create a "Voluntary Contributions in Cascades" paradigm. Participants sequentially receive private signals about the state of the world, which determines the potential returns from the public good, and take two public actions: an incentivized prediction about the state of the world and a contribution to the public good. We find that participants' predictions mostly align with Bayesian predictions, and find no evidence for strategic or misleading predictions. Leaders' contributions are positively correlated with followers', suggesting they remain influential despite their limited informational advantage. This influence takes a tragic turn when leaders happen to be misinformed, as most misinformed leaders end up unintentionally misleading followers. We find that having a misleading leader is associated with a reduction in gains from contributions roughly twice as large as the reduction that stems from dividing the marginal-per-capita-return by two. Our results stress the significance of having well-informed leaders.

Béatrice Boulu-Reshef and Jonah Schulhofer-Wohl (2022) "The impact of distance on parochial altruism: An experimental investigation", The European Journal of Political Economy, 102222.

Béatrice Boulu-Reshef, Charles A. Holt, Matthew Rodgers and Melissa Thomas-Hunt (2020), "The impact of leader communication on free-riding: An incentivized experiment with empowering and directive styles", Leadership Quarterly, 31(3): 101351. For the Special Issue "Economics of leadership".

Béatrice Boulu-Reshef, Irene Comeig, Robert Donze and Gregory Weiss (2016) "Risk Aversion in Prediction Markets: A Framed-Field Experiment", Journal of Business Research, 69(11): 5071-5075. Special Section on Turning Kurt Lewin on his head: Nothing is so theoretical as a good practice. Best Paper Award at the 2016 GIKA Annual Conference.

Béatrice Boulu-Reshef (2013) "Economics of the Firm and Economics of Identity: Why and How their Main Questions Overlap", Journal of Institutional Economics, 9(3): 363-379.

Béatrice Boulu-Reshef "Cooperation and the Boundaries of the Firm: A Framed Field Experiment"

"When to Hire the First Employee? Behavioral Evidence and Insights", with Charles Corbett and Anton Ovchinnikov

"Inventory Management with Carryover in a Laboratory Setting: Going Beyond the Newsvendor Paradigm", with Charles A. Holt

"Which Sanctions and Moral Costs Can Prevent the Formation of Cartels?", with Constance Monnier-Schlumberger

"Combining the Atomistic and Socially Embedded Conceptions of Corporate Culture: Personal Identity to the Rescue"

"Public policy and early-staged funding of innovations", with Herbert Dawid and Antoine Mandel

"What are Control Strategies in Entrepreneurship? An Economic and Experimental Approach", with Graciela Kuechle

"The Effect of Private and Public Returns on Donations: A Field Experiment", with Aïda Diallo

"Leading in the Shadow of Expectations: An Experimental Study"